Everyone has a story of their identity.

Imagine a little girl who loves sequin and tulle dresses so much that she never wants to take them off. In fact she wants to wear that every day. Let a few years pass. She discovered her love for dresses and skirts. In primary school age she wants to become a fashion designer.

Moving forward. She turns into her struggling puberty ages and looses herself. She completely forgets her creativity whilst concentrating on humanities and on how she could change the world. She was focused on changing. Changing the world. Making lives better. No matter how often she tried to run away from her own self, it has always caught her up along the way. One day, she has seen a stunning flower dress by McQ. She fell in love with that. That was the beginning of her love to Alexander McQueen.

McQueen is one of the most extraordinary personalities she has ever discovered. Living in her small town, she has always wished for people and inspirations like him. When she got deeper into his creations, she felt understood by him. A dead person. She could cry whilst looking at those creations, they were so beautiful. This girl has had finally the feeling that she is not alone. 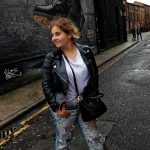 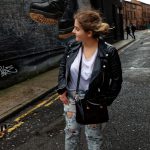 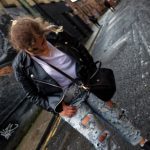 She found her inspiration in his creations. After a while she discovered Vivienne Westwood, an amazing female designer. She loved the Scottish Tartan in Westwoods as in McQueens creations. Those two, even though she has never met them, created her deep desire for fashion. Without them, she wouldn’t be where she is today.

She got her first shiny cherry pair of Doc Martens when she was sixteen. She felt so proud of them. In her small town, many people laughed at her because it was not “in fashion”. For some reason she was strong, she didn’t listen to them. She continued developing herself and her style. If she would have listened to them, she wouldn’t be where she is today. 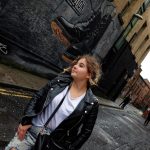 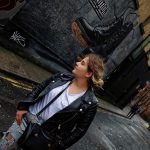 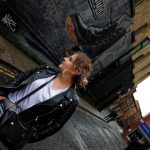 She got through ups and downs. She discovered that she is more into creativity than into humanities. She has learned that you can also change the world with creativity, not only with political knowledge.

Today, she has no fear anymore to wear extraordinary pieces. She doesn’t fear what people will think or gossip about it. They will do it in any way. 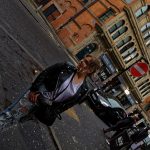 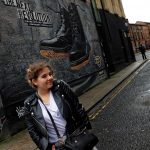 You know what? I am that girl.